The City of Clinton, Iowa undertook its first major sewer program in 1895. For many years untreated sewage was discharged into the Mississippi River. Consequently, concerned civic leaders saw the need to construct wastewater treatment facilities to eliminate the problem of river and stream pollution.

The original Water Pollution Control Plant was constructed in the mid 1960s. It consisted of raw sewage pumps, two primary settling tanks, and two sludge digesters to provide a "primary' level of treatment through removal and processing of sewage solids. Raw sewage was delivered to the Plant by interceptor sewers also constructed at that time and treated effluent was discharged to the Mississippi River.

In 2006, 40 years after construction of the original Plant, planning for a new Regional Water Reclamation Facility began in earnest. To meet recent and evolving regulatory requirements, the original plant needed additional capacity for high flows during wet weather and "advanced" treatment capability to remove nutrients. The original plant site did not have the space for the additional facilities needed. Faced with similar regulatory issues, the Towns of Low Moor and Camanche asked that their sewage be accommodated by the new Regional Wastewater Reclamation Facility as well.

The new Regional Water Reclamation Facility, following over three years of design and construction, was put into operation over several months in fall 2012. It is located approximately 2 miles west of the original Water Pollution Control Plant. Sewage is delivered to the new facility by the new Beaver Channel Pump Station constructed at the original Plant site and two 18-inch pipelines. Treated effluent is returned to the original plant by the Effluent Pump Station at the new facility and one 24-inch pipeline for discharge into the Mississippi River.

The new Regional Water Reclamation Facility provides an "advanced' level of treatment that includes biological nutrient removal. It is one of, if not the first, such plant in Iowa. It also provides for considerable future industrial development and growth. Portions of the old Water Pollution Control Plant remain in service to accommodate high flows during wet weather. 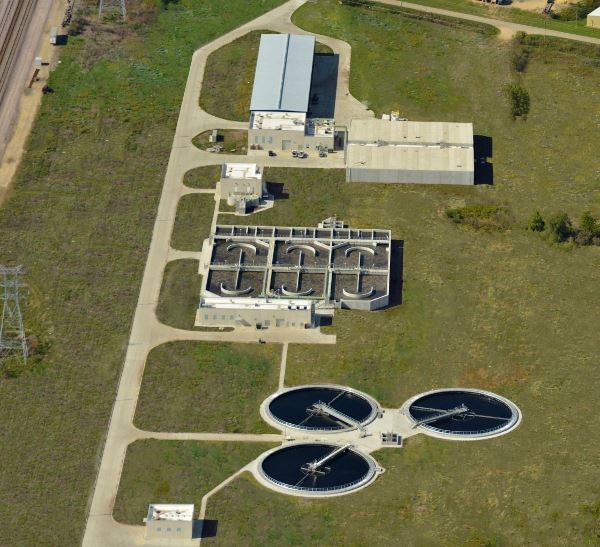